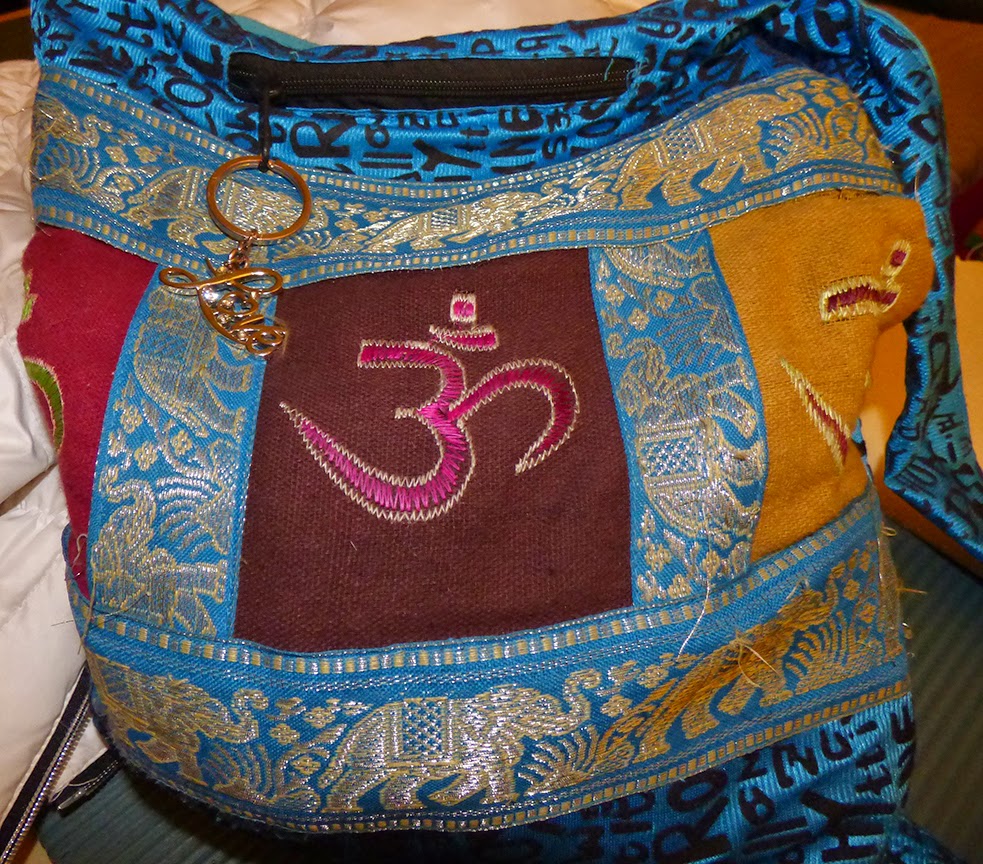 I often get complements and questions about my purse and the symbol on it, so I decided to share a lovely brief explanation of the beautiful symbol "Om".

“OM” – The Sacred Sound
Sounding the tone of “OM” creates a vibrational frequency of harmony in the body. The sound of the “OM” is the sound of creation and symbolizes the infinite. It connects our inner world to the greater outer and beyond, it aligns our energy and creates a feeling of openness and expansion. Traditionally spelled O-M, it is pronounced or toned A-U-M. Allowing the sound of each syllable to vibrate within. This can be done consciously feeling the “A” sound in the heart, The “U” sound in the abdomen and the “M” sound in the head. Any way you do it –
The experience is connection, unity and love.

“The ever present OM, is the pulse of the universe and the source of our whole being.”

The meaning of the symbol “OM”


The sound of life. Emitting the aaaaaauuuuuummmm sound from the vocal chords, is mimicking the harmonic tone of all creation.

The song of creation is nestled in the sound of "om" actually, there are three sacred vocalizations "ah" "uh" and "hmmm" - each slight nuance is made through the movement of the mouth & the focus of high intent.

This three-part verbal expression of the om is symbolic of so much. The advent and culmination of triangular principles like: