17 Things I Wish Everyone Knew About Kale 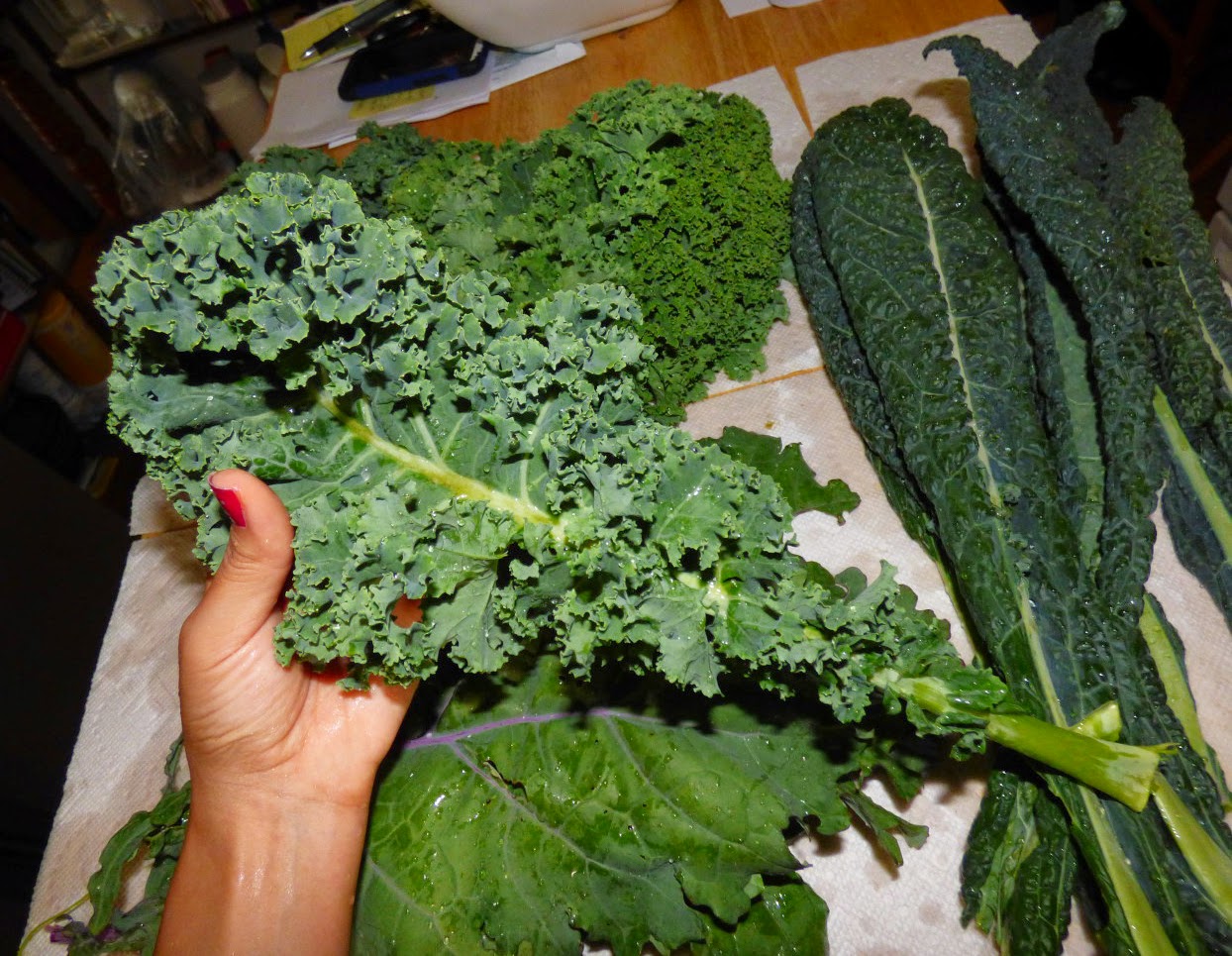 By Dr. Drew Ramsey
This time of year, as the temperature cools, a molecular miracle is happening on farms everywhere: the kale is getting even better. Touched by the chill, kale gets sweeter, as the sugars start to concentrate. And as the rest of the garden succumbs to the winter, kale stands strong.

Maybe kale is new to you, probably not. With so much buzz, there have been some nasty rumors. Kale is a frequent topic of conversation in my life, especially as we ramp up to National Kale Day on October 1.

As kale as gained popularity, i've heard some scary comments from people who just don't know better. Like the woman who recently told me, with a knowing smile, that we "don’t absorb any nutrients from kale.” From worries that kale is harmful to human health to the misperception that it's a new food, I thought it was time to set the record straight.

Here are 17 things I wish everyone knew about kale:

1. A serving of kale has more absorbable calcium that a small carton of milk.
#Gotkale?

2. Kale is medicine.
Modern health depends on eating more whole foods and plants, like kale. The mission of National Kale Day October 1, which I cofounded, is to help change how we eat for the better by learning the fundamental lessons kale teaches us. With your food choices impacting everything from your personal to environmental health, it's arguable that the fate of the planet depends on eating more kale.

4. But kale's secret power is its phytonutrients, those miraculous molecules in plants that are often called “antioxidants.”
Kale possesses phytonutrients that quell inflammation, improve the liver’s detox ability, and can even protect brain cells from stress. Kale talks to your DNA and tells it to sing the sweet, slow song of health and happiness.

5. But, you say, you are a kale zero?
Learn to be a kale hero! A Kale Hero Toolkit with a kale prescription, kale experiments, recipes, and signs is free and available for download on NationalKaleDay.org

6. Kale is not for everyone.
There are three groups of people who should avoid kale: (1) People taking blood thinners like Coumadin (warfarin) should consult with their physician prior to changing their kale consumption, as all the vitamin K in kale can interfere with that medicine. (2) People who find kale very bitter are often “super tasters” and sometimes cooking kale makes it tolerable, sometimes not. (3) Those who have a cruciferous vegetable allergy. It's very rare, but some people are allergic to kale and other crucifers like broccoli, cabbage, and Brussels sprouts.

7. Being a kale fan doesn’t mean you have to eat a giant trough of kale salad at every meal or juice a bushel and swig it down with a smile.
Being a fan means appreciating the lessons and great benefits of kale and the many other healthy, whole foods that sustain us. The average American eats 2 to 3 cups of kale every year — one of the healthiest foods on the planet. It is any wonder our collective health is a mess?

8. Go slow kale newbie. Start with kale chips, not a giant kale salad.
Be mindful as you introduce more roughage into your diet. I regularly give kale consultations and a typical complaint is something like, “OMG, I tried kale once (gas pain face). I ate a giant salad and then was sooooo bloated.” If kale isn’t a part of your diet, give your body time to adjust.

9. Kale is a team player.
There’s been a sort of nutrient smackdown of late — kale vs. collards, kale vs. broccoli, etc. Firstly, kale is tired of people trying to turn cruciferous cousins against each other. Secondly, kale beats most greens like spinach head to head in terms of nutrients. One reason is that kale is very low in oxalates, which means that more minerals like calcium are absorbed. How about if we all just focused on helping people to eat more plants? ‘Nough said.

10. Kale is not a fad.
With kale salad fatigue, some foodies are whispering that kale is a fad. It's true: kale is having a spectacular, even unprecedented run of vegetable popularity. That said, kale is an old world food and eaten around the world, a staple in Scotland, Kenya, Denmark, Portugal, Italy and many others. As we all get more focused about eating for health, kale will continue to be a staple for those in the know.

11. Kale does not cause hypothyroidism.
I’ve read many reports of people with hypothyroidism attributing their illness to kale. But scientific literature does not support the claim that eating kale can lead to thyroid problems.

There are molecules in kale called “goitergens” that can compete with iodine for uptake into the thyroid. Theoretically, a diet very low in iodine (seafood, seaweeds, iodized salt) and very high in kale (say, juicing a bushel of kale every day), could cause problems.

Based on the current science, a more appropriate worry would be eating excess iodine in seaweed and kelp and environmental toxins like brominated flame retardants.

12. Organic matters but so does eating more plants.
Kale is on the list of the Environmental Working Group's “Dirty Dozen," a list of foods that you should try to buy organic because they can have more pesticides. You might not the option to buy organic kale, and that's OK. I’d vote that the health benefits of eating kale are much better than no kale.

13. The world of kale is vast and varied – keep exploring!
I’ve been inspired by the many tastes and colors of the dozens of varieties of kale: lacinato, redbor, Gulag Stars, True Siberian, Red Russian, White Russian, Dwarf Blue Vates, Red Nagoya, Chinese Kale, Sea Kale and the six-foot tall Walking Stick Kale. I hope you’ll explore whether that means planting a small kale patch of interesting varietals or seeking out a kale you have not yet tried.

14. Kale offer unmatched culinary versatility.
Name another green that you can make a smoothie or a salad, amp up your juice or sauté as a side, bake as a chip or mix in a cocktail. #kalejito

15. Kale is an awesome deal.
A nice bunch of 10 to 20 organic leaves is two or three bucks. It's one of the few super foods that's accessible to everyone, everywhere.

16. Kale is really easy to grow.
A group of students at the Indiana Academy of Science, Mathematics, and Humanities decided to grow kale for National Kale Day October 1 and planted to some seeds. Now they have a kale patch in their courtyard.

17. You can absorb the nutrients in raw kale.
Cooking kale frees some nutrients like magnesium and decreases others, like heat-sensitive folate. But consuming kale in any form delivers fiber, protein, omega-3s, and a bevy of vitamins and minerals. I suggest mixing it up and have myself on a steady rotation of sautéed kale, kale salads, kale chips, and kale smoothies.
Posted by AnitaStayHealthy at 1:00 AM