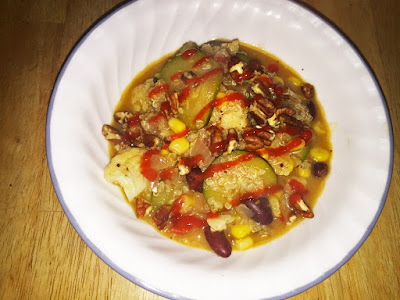 *Note - When taking directions photo I was out of the bean mix so used a can of kidney beans. I was also out of cilantro (which I consider an essential.


Cook quinoa in a small pan.  Add twice as much water or veggie broth to cook the quinoa. Heat it up on high until it boils, then reduce heat to a simmer and cover for 15 minutes. After 15 minutes turn off heat and keep lid on, it will absorb all remaining liquid. If it seems to dry out before the white dot disappears on the quinoa seeds add a little more water during cooking time.

Heat coconut oil in pan with freshly crushed cumin seeds, black mustard seeds and garlic/ginger.  Add in finely chopped red onion. Cook on medium high heat for a few minutes. When the onions seem to dry out on the pan add the finely cup up tomato and stir in for a couple of minutes. Blend in all the spices well, then add chopped up cauliflower and zucchini. Stir well. When coated and cooked for a few minutes add the can of coconut milk and about a cup of veggie broth on high heat until it boils, then turn down to medium high. Stir and simmer for about 8 minutes, or until veggies are soft to your liking, do not overcook. Turn off heat.  Add chopped up cilantro, cooked quinoa and rinsed canned beans. The heat is enough to heat up the beans, as they’re already cooked if you use canned beans. Let it sit for a few minutes covered.  It’s ready to eat! It’s delicious as a thick dish or with more liquid as a very chunky stew. I like my food spicy so a squeeze of Sriracha sauce perfects the dish for me. Break up some pecans and garnish. All ingredients, veggie broth not in photo 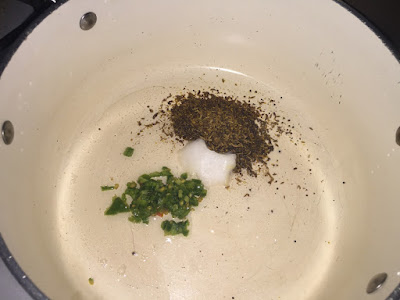 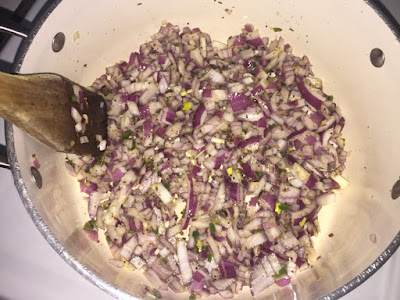 Add in onion and saute for a few minutes 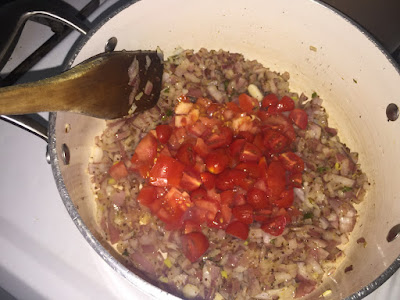 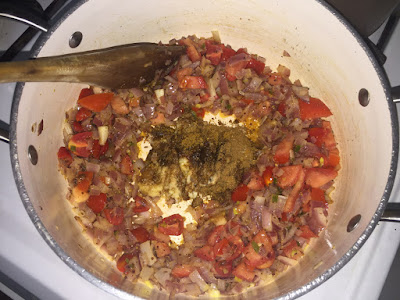 Add in all spices 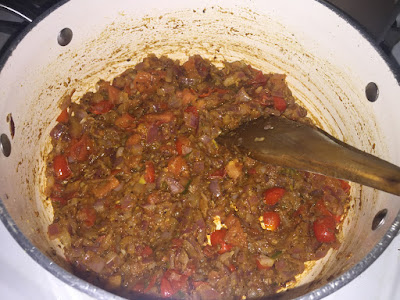 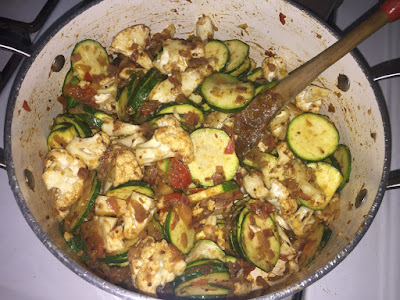 Add in Cauliflower and Zucchini 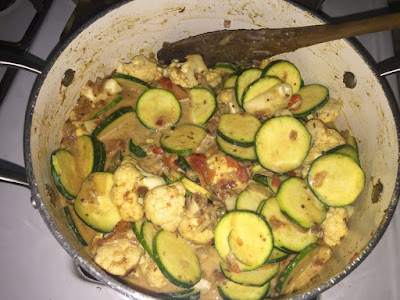 Mix in the can of coconut milk until well blended 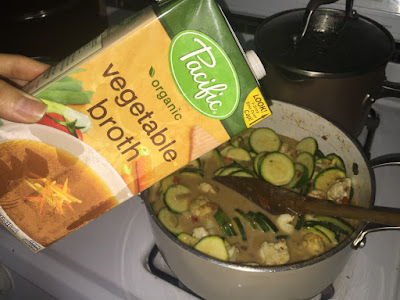 Then mix in Vegetable broth 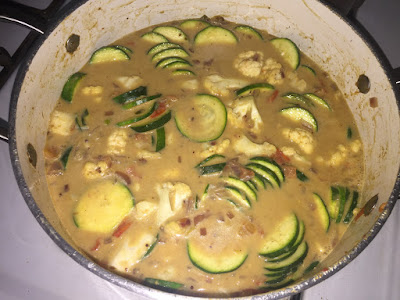 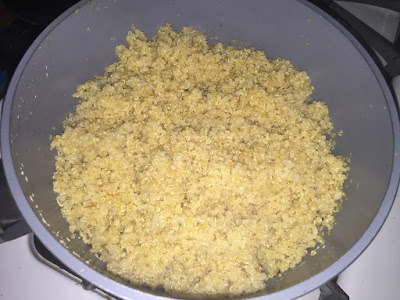 Quinoa should be ready at this point 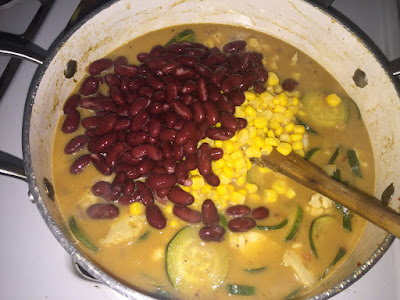 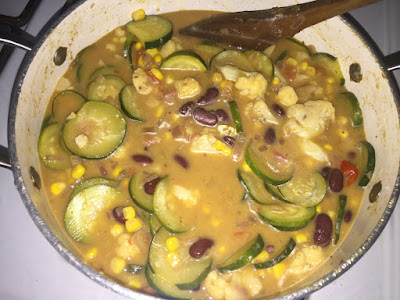 Turn off heat after one minutes 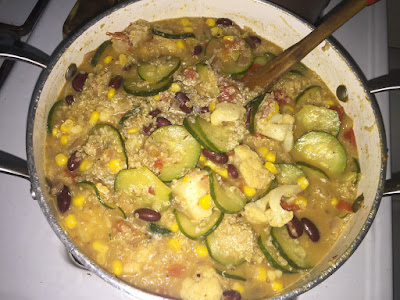 Add in the cooked Quinoa and mix in 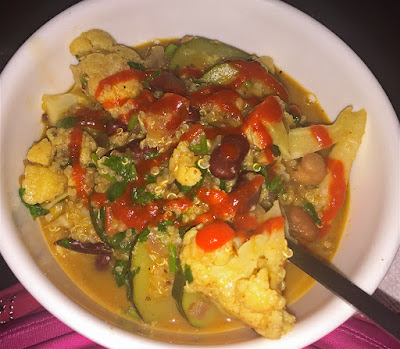 Add sriracha and chopped up pecans on top...ready to eat!
(from previous batch other than ingredient photos) 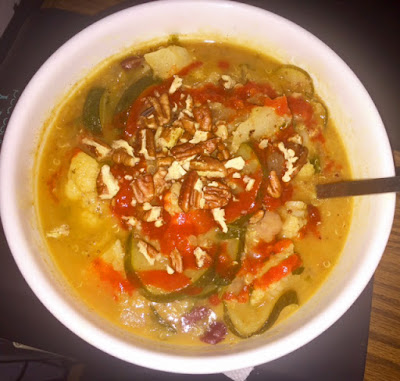 Delicious with chopped up pecans - I added more veggie broth to this portion, don't add more moisture if you prefer it more chunky (from previous batch other than ingredient photos)

Posted by AnitaStayHealthy at 8:39 PM